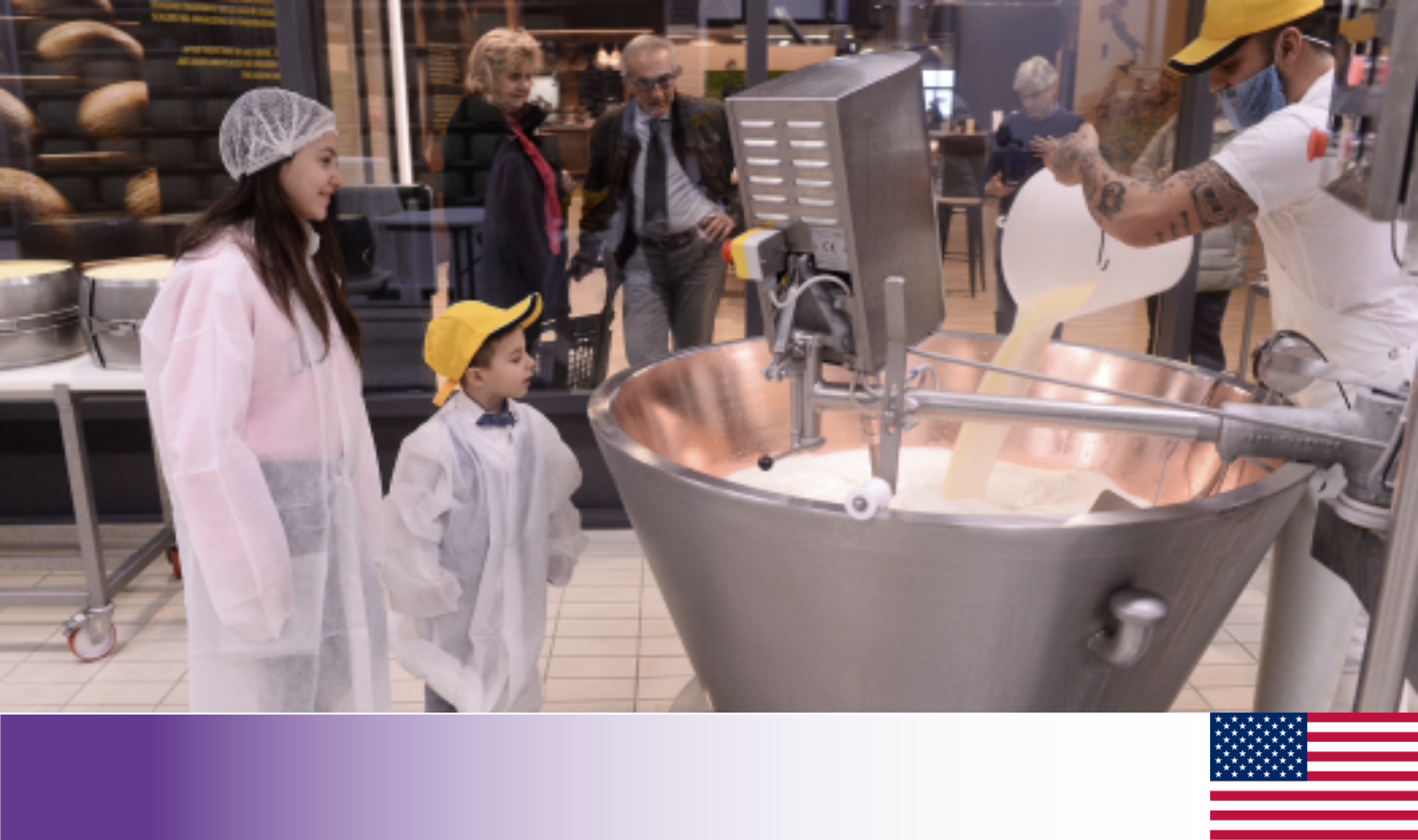 The city of Bologna, capital of the Emilia Romagna region, is known for its vocation for good food and is nicknamed “La Grassa” meaning “Bologna the fat” for its typical and exquisite dishes. Wonderful dishes like tortellini, mortadella, lasagna, tagliatelle with meat sauce, and crescentine are just some of the characteristic products of this capital of taste.

To consolidate this fame, a well-known Piedmontese entrepreneur, Oscar Farinetti ,took care that after having created a chain of quality food shopping centers in Italy and abroad. In 2012, he jumped at the proposal of agro-economist, Andrea Segrè, and the Director-General of CAAB (Agro Food Center of Bologna), Alessandro Bonfiglioli, elaborators of the first concept of a large Agro-food park, to collaborate and create the “citadel of food and sustainability.”

The Italian Farming Factory at its reopening after the period of the pandemic, has re-proposed its 100,000 square meters dedicated to biodiversity and the art of transformation of Italian food. It was designed by architect Thomas Bartoli encompassing 2 hectares of fields and stalls in the open air with 200 animals and 2,000 cultivars to tell of the variety and beauty of national agriculture and breeding. Eight hectares are covered with food factories in operation, which have produced all the most famous ingredients of the Italian table, as well as 26 restaurants with a huge choice of food and wine suitable for all tastes as well as street food where one can eat the culinary specialties of all regions of Italy in one place.

“This is the first food park in the world, which brings the experience of food from its origins to the plate on the table,” said Stefano Cigarini, CEO, “stimulating all 5 senses and combining a passion for flavors and fun.”

The sustainability of the park is implemented in the Metro zero project. The food produced inside it is distributed and served by all the restaurants and operators present. The 55,000 square meters of photovoltaic system (one of the largest in Europe) guarantees over 30% of the energy used, while district heating uses the Bologna incinerator and timber from green and recyclable materials that abound in the park.